We were shocked and saddened when Steve Gardiner passed away suddenly on August 18, 2020. For so many, he was the first person that people came in contact with when becoming new members of Cal4Wheel. He always had a friendly smile and went out of his way to help with whatever was needed. He will be sorely missed.

By now almost everyone has heard the sad news that we lost one of our own. Steve Gardiner had a heart attack and passed away at the end of August.

Everybody knew Steve, and Steve knew everybody! Over his decades-long service as a volunteer, he was one of the first faces people came across when attending events and shows. For several years he was the merchandise chair, taking our merchandise to all of the shows and events across the state. He was also instrumental in getting the raffle Jeep organized and more profitable than ever. He took the Jeep, and most of the time the merchandise, up and down the state, making money for the Association, as well as helping people understand what it really means to care for our environment and our fight to keep our trails open.

For years he did all of this without charging the Association a dime of reimbursement. He even blew the transmission in his truck while towing the Jeep. He replaced the tranny and kept going. Nothing stopped Steve, not even his health. He had a myriad of health issues, but he never complained. With two bionic hips and an ankle full of pins and screws, he would collapse after working the Cal 4 Wheel booth all day, then he would get up and do it all over again the next day.

He ran his own printing business, and he printed countless things for the Association without charging us or he did it at cost. In case you didn’t know, he did most of those great-looking event and Convention programs that you don’t read till you get home! I don’t know how we’ll get along without him.

I don’t know how I’ll get along without him. Because I’m a paraplegic, I have a tough time traveling distances alone. Whenever I volunteered to work the Cal 4 booth or attended conventions, he would make sure I got there and had a place to stay when necessary. I considered him my best friend, and I will miss him dearly. I’m sure everyone has a Steve story or two, as he touched so many lives. For several years I worked King of the Hammers with him for a week out in Johnson Valley. He seemed to know everyone in that community too! It will take many people to fill the void this one man leaves behind.

Due to Covid, we had to get creative with where we were going to hold his services. We chose the Slash X Ranch where we have held Hi Desert Round Up for many years now. It was one of the only places that could accommodate the expected crowd while still providing the space to socially distance. I’m sure there will be well over 100 people in attendance.

Steve was a member and past president of West Coast 4 Wheel Drive Club and the Desert Dawgs. He was also a member of CORVA, and on the leadership team for the SBNF Adopt-A-Trail Program. He was a very private man who would probably be uncomfortable with all of this attention, but I don’t know if he knew exactly how many lives he touched. Tell your friends and family what they mean to you. We just never know what tomorrow will bring. Be good to each other while we’re alive, because life is way too short. Rest in Peace Steve, you will be missed. 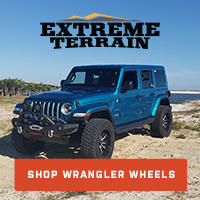